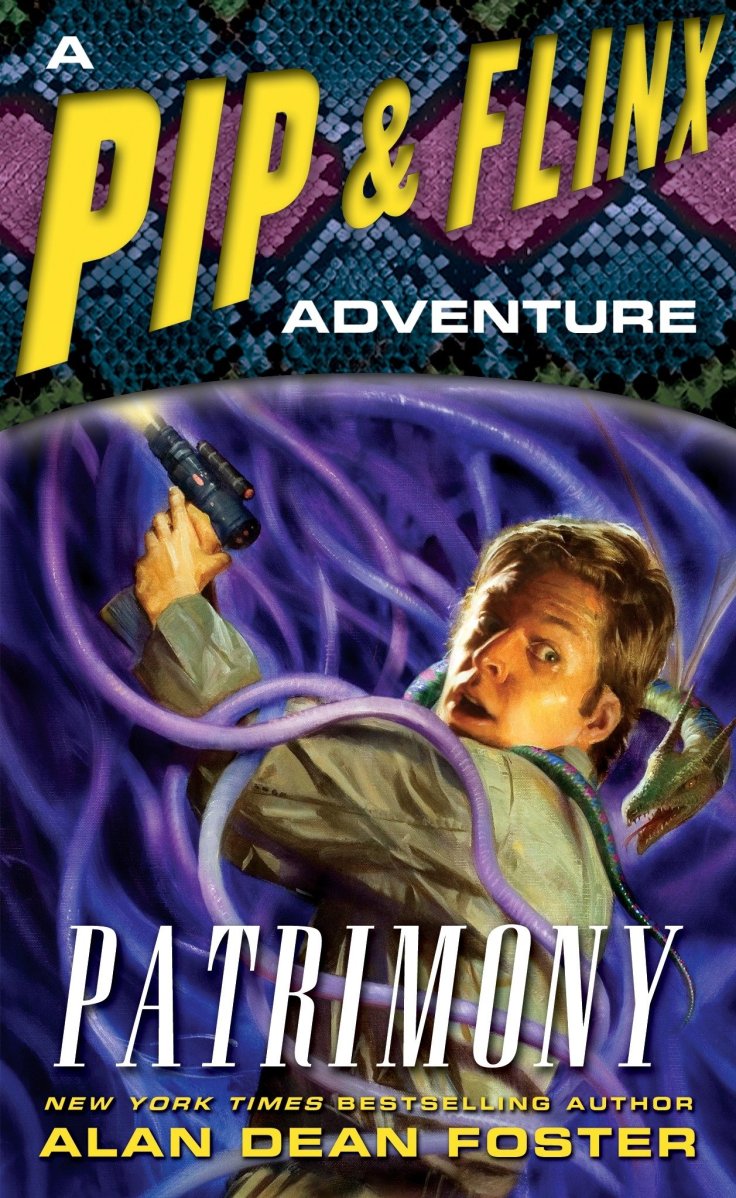 Patrimony is the 13th book in the Pip & Flinx series and I’m guessing the original penultimate novel based on the gap in time between 14 and 15 and the title of the next book. Here our two travelers visit the alien world of Gestalt, a planet with an alien race happy to deal with the more technologically advanced Commonwealth (for the most part). Still, there are dangers around, with snowy mountains, bounty hunters and secrets lurking wherever Flinx travels.

I enjoyed this book for its simplicity. Flinx is looking for answers about his father. He meets new aliens, visits new terrain, and then finds answers to many of his questions. In a nutshell, that’s what I look for in a book that’s part of a new series. Introduce some new ideas, but above all advance the plot! There’s also only one bad guy for most of this book, and he’s not in it much. Instead much of the time Flinx is spending trying to figure out a mystery and surviving the elements, both of which I find more interesting than him using his abilities to outfight another unsuspecting henchman.

If there’s one Achilles heel for this series, it’s Foster’s use of coincidences in timing/location that always either result in a last minute near death or rescue. The result is I’ve come to expect how many situations will play out before reading them. (An example in this book is when a pack of hungry animals starts to follow Flinx; I’m aware that there will come a point when they finally get the courage to attack him but he’ll be saved the person he has been traveling toward the entire chapter.) **Spoiler follows** However, one of our character suffers a serious wound that I did NOT see coming, and which had me worried for his/her fate with the knowledge that Foster may have been wrapping up the series. Can’t wait to see what happens next with these two.