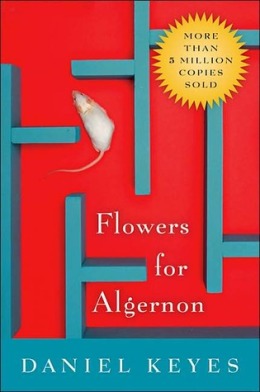 The Nebula Award winning books are off to a strong start, with Dune and Flowers for Algernon (way better than the first several Hugo award winners). Flowers for Algernon tells the story of a mentally challenged man who receives the same surgery that previously granted an extreme boost in intelligence to a mouse named Algernon. The man who receives the surgery, Charlie Gordon, is the narrator of the book through a series of journal entries that display the various effects of the procedure on his intellect.

The worst thing about this book is that it’s very much a product of it’s time, so if you’re looking for a book with really positive treatment of women, the disabled, or minority groups it’s not here. That said, man, this book was a gutwrencher. I felt sorry for Charlie so many times, and the writing was so well done that the character feels fully fleshed out early on. For science fiction, the rest of the book besides the experimental procedure is firmly grounded in reality, making this a good pick for the genre to be in so many different school’s curriculum. Highly recommended.